Don't miss anything about our latest project!
Sign up to stay up to date.

Astana prepares for EXPO 2017 together with GIP Glazing*.

EXPO 2017 opens its doors to the world in Astana on 10th June 2017 and visitors are welcome until 10th September 2017. Expo 2017 will focus on energies of the future.
It is not just with this slogan that Kazakhstan aims to draw attention to itself; the expo will also feature a spectacular building complex that is unrivaled at previous world exhibitions.

At the end of September 2013, the Chicago office AS+GG Architecture won the contract out of 105 bids. Founders Adrian Smith and Gordon Gill left Skidmore Owings & Merrill in Chicago in 2006 and have since realized numerous major projects worldwide.

The first meeting between the Turkish contractor and GIP Glazing* took place in November 2014. GIP GmbH has operated in Kazakhstan for several years and is familiar with the regional requirements. They previously built an impressive polygonal ceramic facade for the Kazakhstan Space Center (report in GIPfelstürmer Bulletin 01/2014). A similar facade with over 140,000 m² of ceramic surfaces is being built for the Highvill residential complex, also in Astana. Further construction projects are currently in the works.

The host country's main building for EXPO 2017 will take the form of a glass sphere. The glass facade was conceived with spherically curved, thermoformed insulating glass panes. In addition to the demanding mullion and transom construction, the challenge is to procure approximately 19,175 m² of thermoformed insulating glass panels in just six months. 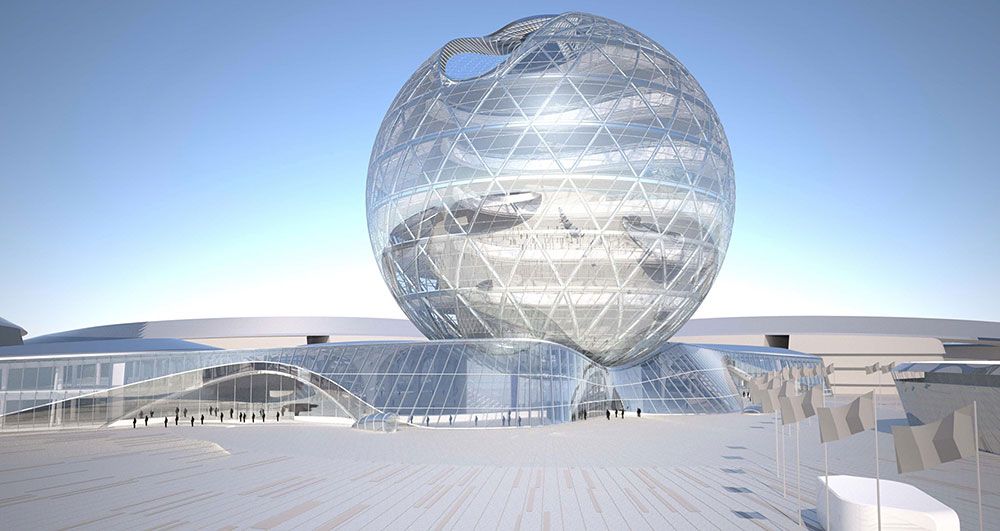 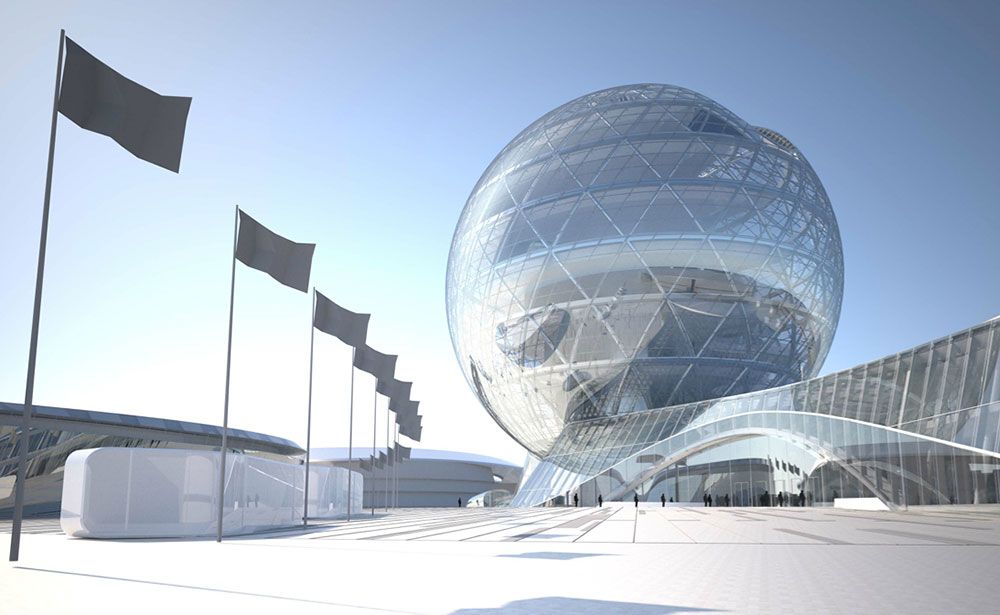 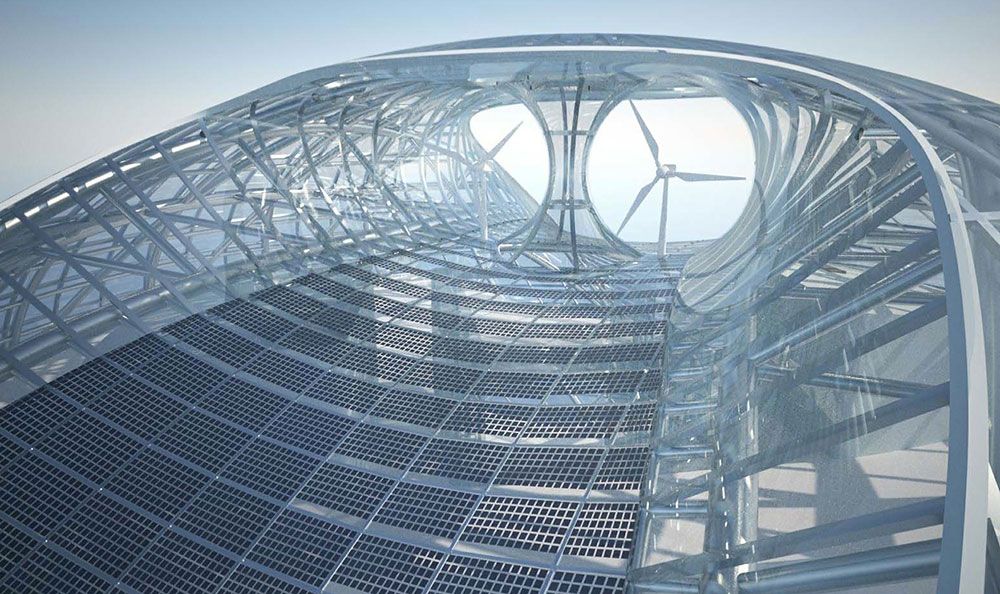 As the number of well-known and globally networked manufacturers of insulating glass who deemed the specified timeline for the delivery of the glass panes unfeasible continued to grow, a team came together with facade planners from GIP Glazing to develop an alternative structure for the sphere's building envelope. GIP Glazing's planning team quickly developed a concept with a curved mullion and transom facade as the supporting structure and planar insulating glass panes that, due to their nature and geometry, can be cold-formed and mounted onto the mullion and transom structure. Beside a swifter delivery time for the cold-formed insulating glass panes, the new concept also resulted in significantly lower costs for the general contractor.

*This work was carried out before our brand name change. 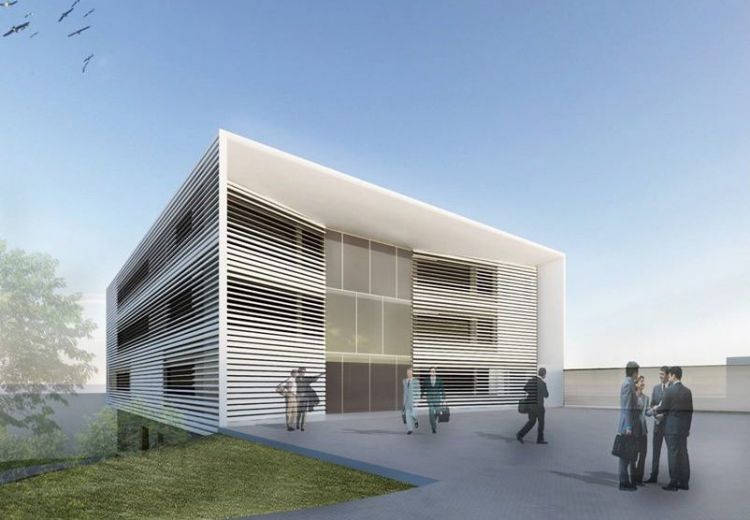 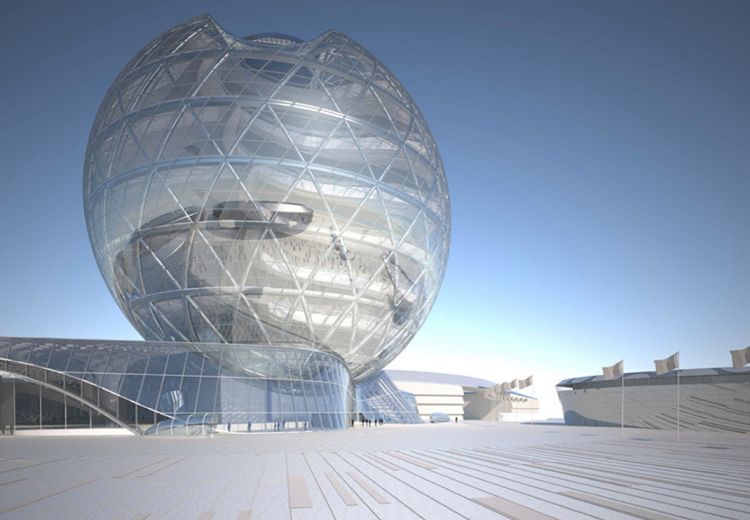 We are experts in the planning, production, and installation of complex facades.

Don't miss anything about our latest project!
Sign up to stay up to date.